Many questions are rising with the technological and Artificial Intelligence revolutions (computers, computer sciences, machine learning, tools etc.). Throughout my undergraduate and graduate formation, I’ve being asking myself if one of the profession I was looking at would still be a requested one once I will get ready to enter the marketplace. That profession is Translator.

Me and some of my peers felt pretty concerned about the question. By the time we would be ready to offer some professional and high qualified performance, would the translator profession still be needing human beings or would it already been entirely put into machines hands?

Through the last few years of research, travels, readings, conversations and a self-taught practice in various translations I’ve being doing for the website ManusKritur.com., I gathered some factors can possibly help answer. Several of these factors were explained by Nataly Kelly and Jost Zetzsche in their book Found In Translation – How Language Shapes Our Lives and Transforms the World, a book every translator or interpreter to be want to read.

Well, dear reader, you could feel that the answers I’m going to propose don’t properly suit the question. And you wouldn’t be wrong. But the point is not to respond directly that question (Who knows if the real answers are in the long-term run?!). The point is to share some views that may help aspiring translators think about that question in a less concerned way and get them to answer by themselves.

#1 Machines can’t ask questions. As Nataly Kelly explains on her article about
The Skills That Differentiate The World’s Best Translators, machines are unable to « ask purposeful and relevant questions in order to understand the goal of the communication and get the true meaning across ».

#2 As professor Aldo Giannuli invite us to not to forget in this class, human beings are the ones who create information, literature, culture, and put these things into the machine system and on the internet.

#3 Machines can’t feel emotions. The emotional aspect is a non-irrelevant one in human discourse or texts or interactions. A translator needs to be able to « translate » emotions. The parallelism I’m going to establish may be perceived as a risky one, since translation and interpreting are different profession and involve different abilities, still I find it useful. As Nataly Kelly shows recounting an anecdote from her working experience as an interpreter, when it comes to “Save Lives and Protect Rights in Translation”, the emotions (or the dominant emotion) expressed in the source language “are essential to the meaning” to be conveyed in the target language, thus to the very understanding of the message by the final recipient. (N. Kelly & J. Zetzsche, p. 14)

#4 Although the Western world is working for new machines and tools to translate the « Major » languages, machines can’t learn « languages mindset ». Machines need a Human to program them, to put in their system a language system. Chris Guichot de Fortis, one of the major Translators for the NATO, says that « True bilinguals (cultural, emotional, linguistical…) are very very rare».

#5 A machine have not the sense of nuances, nor of balance.

#6 A machine have not necessarily the sense of « registre de langue ».

#7 Machines can’t detect metaphors and their meanings in a specific context, without a human action, as demonstrated in Found In Translation. A machine will probably get more and more performative in technical translations, but in «sociological » translations (human science fields), it will not be able to be as performative, comprehensive and empathetic as a human being.

#9 Only human beings can blow whistles in case of danger in order to solve problems or save lives. Only humans can make links between potentially dangerous or fatal situations that seem distant and disconnected, like we are shown in Found In Translation.

#10 Translation have increasingly to do with linguistic combination, in the globalized world. People are migrating, traveling, moving around the world and they are taking with them their mother-tongue. Increasingly, that mother-tongue is not one of the major languages. Since they need to communicate with the people of the country in which they live, they will end up learning the language. But, in the meantime, there is a need of interpreters and translators in order to help them communicate and establish themselves in the foreign country.

The half reason: an anecdote

Building up my LinkedIn page, I have put on it that I’m a native speaker of Mina and Eve from Togo, West Africa. Ever since, I’ve being receiving job offers as translator of Tigrinya and Amharic languages. Actually, it was not « job offers », it was more likely the same job offer. Always the same. I’d love to be able to respond that demand but, sadly, I don’t know Tigrinya or Amharic at all. I have no notions of neither of these languages.

Firstly, that proves that there is a real need of people who know these languages, are skilled and are able to perform as interpreters or translators in a linguistic combination that includes at least Tigrinya/Amharic and French.

Secondly, those people, clearly, are rare. Or are so in France.

I’m translating stories and poetry from Eve to Brazilian Portuguese, Italian or French. And I can say that I passed months trying to figure out which of my several tries could be, in one of these major languages, the less defective translation of a poem by the Togolese Author ALI-TAGBA Tetereho.

I would be glad if a machine could translate the poem. But my feeling is that that translation wouldn be presentable even by far.

In terms of reuniting resources in the same place in an infinitesimal lapse of time, the search engine is an amazing tool. However, the connections a human being can do are – for the moment – indecipherable to a machine. The connections human brain can do, create or produce are specific; they are inextricably linked to one personal history, one individual itinerary, one background.

So far, the human algorithm remains a unique unrepeatable tool. 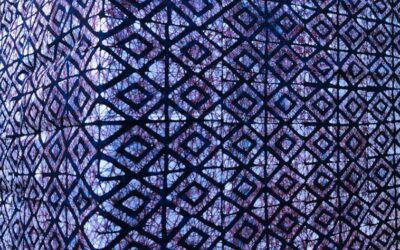 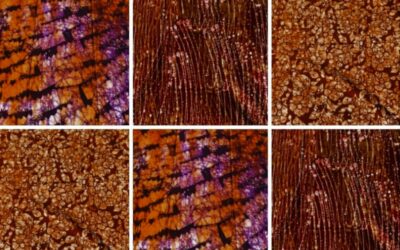